Sunday 26th October the organization Moving Cause trowed in Porto, inside the Serralves Foundation, the first national conference about AMAP, a model which aim to create a relationship of proximity between producer and consumer, that could have many repercussions inside the social and economical system, and could bring advantages for both the producer and the consumer. This experience inspired me to consider that problematic situations can be considered also as good opportunities for implement changes, and changes only come from the people and their active, cooperative and positive attitude. 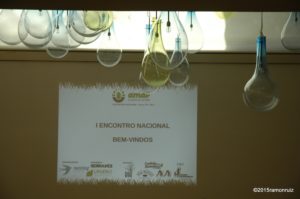 During my educational path in the economic and managerial field I often found out myself considering the many effects of the economic global crisis started in 2008. I spent so much time considering the financial causes that has brought to such a crisis, the reasons why from US it damaged the economies all over the world, the possible remedies and prevention. From the media, in the streets and almost everywhere we heard that crisis means economic austerity for the public expenses and cause difficulties, mostly for the poor and medium social class, a reshaping of the local economic systems and a complicated allocation of young workers in the work market. Many effects of this crisis have been closely experienced and we could directly touch how wide those effects could be in many different fields inside the economical and social system.

But what moved me was a consideration that came out during one of my academic courses, that an economical crisis means of course all of these things but it also can be considered as an opportunity for those people who are capable to see further and have a visionary and entrepreneurial spirit. Actually I found myself thinking that I didn’t like the idea of complaining and accusing for what was happening with a passive approach, I found it more useful to try to actively react to the external situation. I found reasonable that many different and innovating opportunities now become available in a context where everybody needs more transparency and confidence, where the market needs are saturated of standardized and predetermined products, ideas and politics, and call for creativity, inspiration, unexpected things.

New business areas can be born and develop in such a condition. The concept of CSR (Company Social Responsibility) has become very present in the enterprises’ choices, and as it establishes that enterprises can’t leave ethical and social impact out of their strategic vision, a new reshaping in the business organization is needed. After the climate conference of the last days in Paris an agreement between 195 leaders of world’s countries has been reached in order to accomplish some objectives that will reduce the human’s activities’ impact on the environment. The implications one the market will be important, indeed, as Ban Ki-moon, the UN Secretary-General, underlined, “markets already have some clear signals”, since the installation of renewable energies is predicted to duplicate in the next 15 years.

In this context, and thanks to the new technologies that make the information available for a bigger number of users than ever, people are developing awareness about their customer needs such as how they spend their money, what do they eat, where the food comes from, the sustainability (in terms of environmental but also social impact) of our choices. A number of new ideas that have to do with improving our social and economic system in order to make it fit better to human needs and new models have been presented and developed. 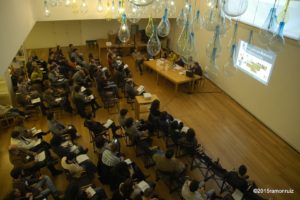 about AMAP, a new socio-economic model to create proximity between the producer and the consumer. AMAP stands for Associaciòn para a manutencao da agricultura da Proximidade (Association for the maintenance of proximity agriculture) and it’s based on a simple yet important concept: todevelop a direct, local and fair relationship between a consumers group and one or more producers, where risks and responsibilities are shared. This concept aims to change the current relationship between the two parts, which now is mostly based on the price and the economic interest of each one. The goal is to establish a relation of commitment between the producer and the consumer, that has to be divided between the two of them and can’t grave just on the producer. The consumer would provide to the producer a certain and fix revenue by buying products at a fixed price every accorded period. In such a way, the activity of the producer could advance in a constant rhythm and wouldn’t suffer from some external risks (such as natural calamities), and on his side would be uncharged to provide the consumer fresh and quality products. This relationship is considered to be long-term and of confidence, with advantages for both and would also contribute to create a social and community spirit in the people who join this kind of web.

The consequences of such a model would be relevant also from the economical point of view: no package will be needed, a relevant reduction of times and costs of commercialization and distribution of the products, with good consequences for both the producer and the consumer. From a social point of view it avoids the exclusion of small agricultural producers and guarantees more revenue equity. It’s a really participative model, that aims to include every agricultural producer who follows ethical, responsible and quality standards, satisfying at the same time the expectations and the new needs of the customers. The organizational structure in which the model would work is a web, this structure would assure the diffusion of the concept where it’s still not developed.

The concept is strictly connected with the concept of AMEP, association for the manteinence of economical proximity (Associacao para a manutencao da economia da proximidade). This concept aims to allow access to the essential needs, empowering the roles of consumers, who, being able to inform about a producer and his/her products before buy, leave feedbacks for other consumers ecc, become proconsumers (proactive consumers). The awareness of the consumers about quality, ethical and freshness standards of the products and being transparent on the origin of the products and the production methods used, is becoming a critical feature that has to be carefully considered. 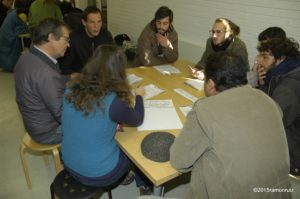 The conference was divided in two main parts, a descriptive one in which the concepts were explained, and a participative one in which the participants, divided in groups and sitting on several tables, discussed in turns, with the presence of a moderator, about some elements of the european declaration of AMAP. The dynamic used it’s called world café and it’s really partecipative, for me it was interesting to observe people with different interests, both producers and consumers, sitting on the same tables and discussing and exposing their point of view trying to reach a common result.

This experience has provided me a good example of how people should react to the challenges and difficulties that the external conjectures present: not complaining and dividing faults, but focusing on what’s wrong and trying to define together a better solution to propose. Crisis and problems happen and bring with them their bad effects, but with a proactive and and inspiring approach it’s possible to change for the better.

It’s not easy to modify something that since decades works in the same way and it’s considered as preset like the alimentary production, consumption and distribution models, because that would bump into psychological and cultural resistance, as well as economic interests. A change inside this scenario imply the overturning of schemes and models that by now are taken for granted, but it doesn’t have to forget that every revolutionary idea that can produce growth and welfare derives from putting on discussion a concept. Mostly if the limits of such a concept are revealed by the socio-economical context. That doesn’t mean that it would be enough to assume a position in contrast to a paradigm in order to develop a good idea, it’s necessary time and hard work for understand which alternative way could be really feasible. And the proposal of an alternative way can’t come from the individual or suddenly, it only develop through a process where people who care about and believe on a better future work together in a committing, participative and cooperative way. Cooperation, instead of competition, should be the motto for a new economic model. Cooperating in order to feed the community, to reenforce the human relationships inside an economic space that don’t exclude life because it’s based on reciprocity and confidence.