The term biodiversity refers to the variety of life on Earth at all its levels, from genes to ecosystems, and the ecological and evolutionary processes that sustain it. Biodiversity includes not only species we consider rare, threatened, or endangered, but every living thing, even organisms we still know little about, such as microbes, fungi, and invertebrates. Biodiversity is important everywhere; species and habitats in your area as well as those in distant lands all play a role in maintaining healthy ecosystems. 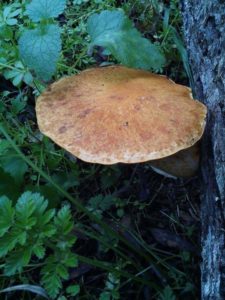 A few days ago, walking along the lush Master Unit ecovillage I have found out an incredible and rich mushroom biodiversity. In fact the land of the Master Unit is very rich in mushroom diversity and in biodiversity in general. In particular, I have found as many as 6 varieties: 2 genera and 4 species (Agaricus; Agrocybe; Gymnopilus penetrans; Macrolepiota procera; Phallus impudicus; Xerocomus subtomentosus). So, today I’m going to tell you about these particular living beings and varieties that I have found during my pleasant walk.

Mushrooms are the fruiting bodies produced by some fungi. The function of this visible part of some fungi is to produce and disperse the largest possible number of spores in the shortest possible time. Spores create new individuals after being carried away on the wind and landing in a good place for growth (p.1). True mushrooms typically look like umbrellas. They consist of a stalk topped by a flat or cup-shaped cap. Their spores are produced on special cells called basidia, located on the underside of the cap. Fungi whose spores are produced by basidia are called Basidiomycetes. While mushrooms may seem to sprout overnight, it actually takes days or weeks for one to develop. Most of the growth of a fungus goes unnoticed because it occurs underground. The underground body of a fungus, called the mycelium, is made of moist thread-like filaments called hyphae. When growing conditions are good, little knots of hyphae called primordia are formed. As individual primordia grow larger, the hyphae within them organize into two parts. One part will become a mushroom’s cap, and the other, its stem (p.2).

Where do Mushrooms Grow? Mushrooms and other fungi grow almost everywhere, on every natural material imaginable. Some fungi grow only in association with trees, others grow on large logs. Mushrooms are also found in soil, on decomposing leaves, and in dung, mulch and compost. Mushrooms are not formed until temperature and moisture conditions are right for them. Some mushrooms are produced during only one season of the year. During mild or warm weather, they often appear 7 to 10 days after a good rain. 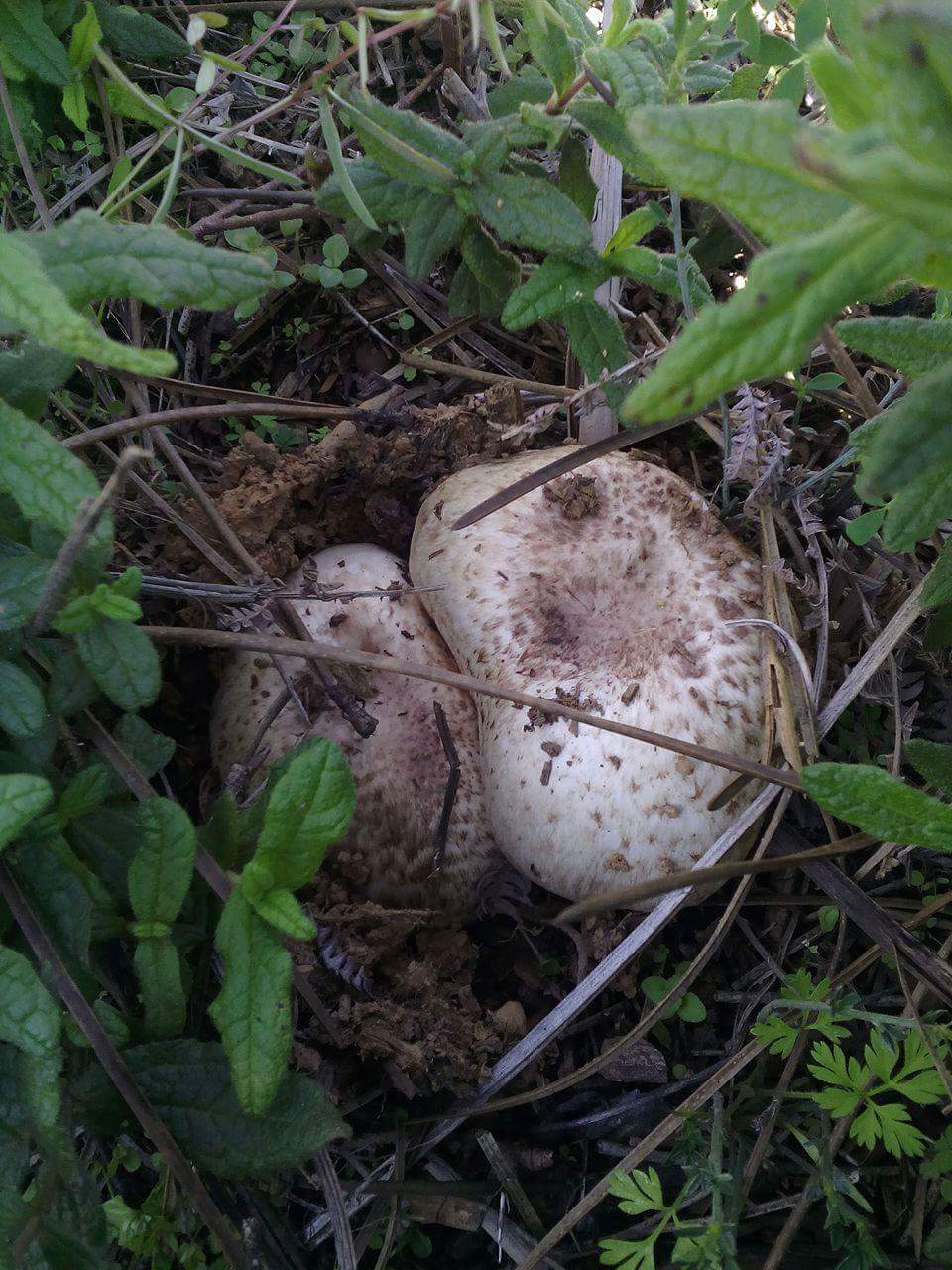 Agaricus is a genus of mushrooms containing both edible and poisonous species, with possibly over 300 members worldwide. These mushrooms are terrestrial saprobes, and have caps that are not brightly colored. At maturity the gills are free or almost free from the stem, and are brown to chocolate brown. The stem breaks away cleanly from the cap. Agaricus species have a partial veil which often forms a ring on the stem. The spore print is dark brown. Identification of Agaricus species ranges from fairly easy to very difficult. Characters include bruising reactions of the cap, stem, and flesh as well as odors and, occasionally, microscopic features. Rub the edge of an Agaricus cap repeatedly in order to assess whether it bruises yellow or not and be sure to rub the base of the stem, as well. In some species the flesh inside the stem base turns yellow when sliced. 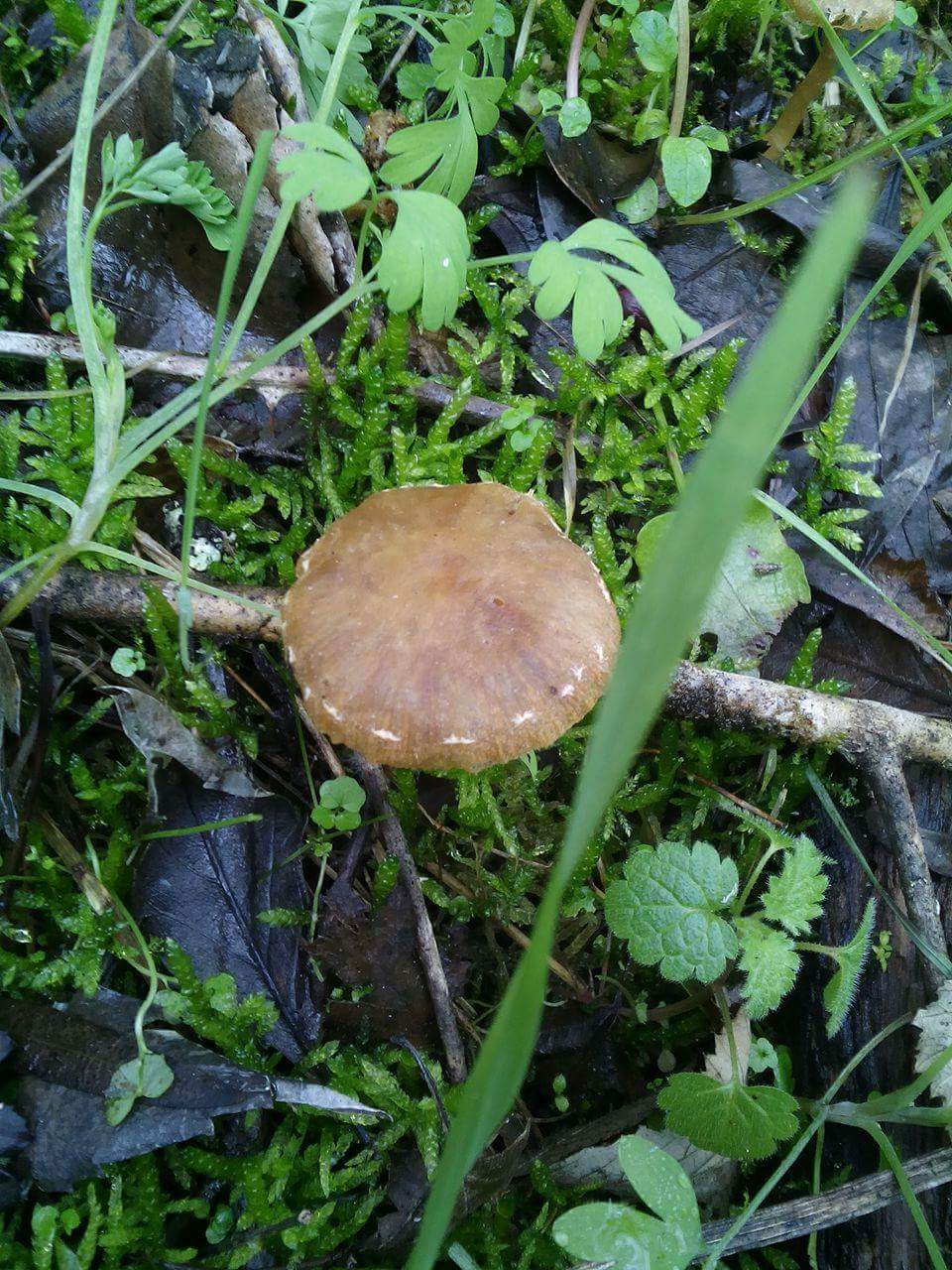 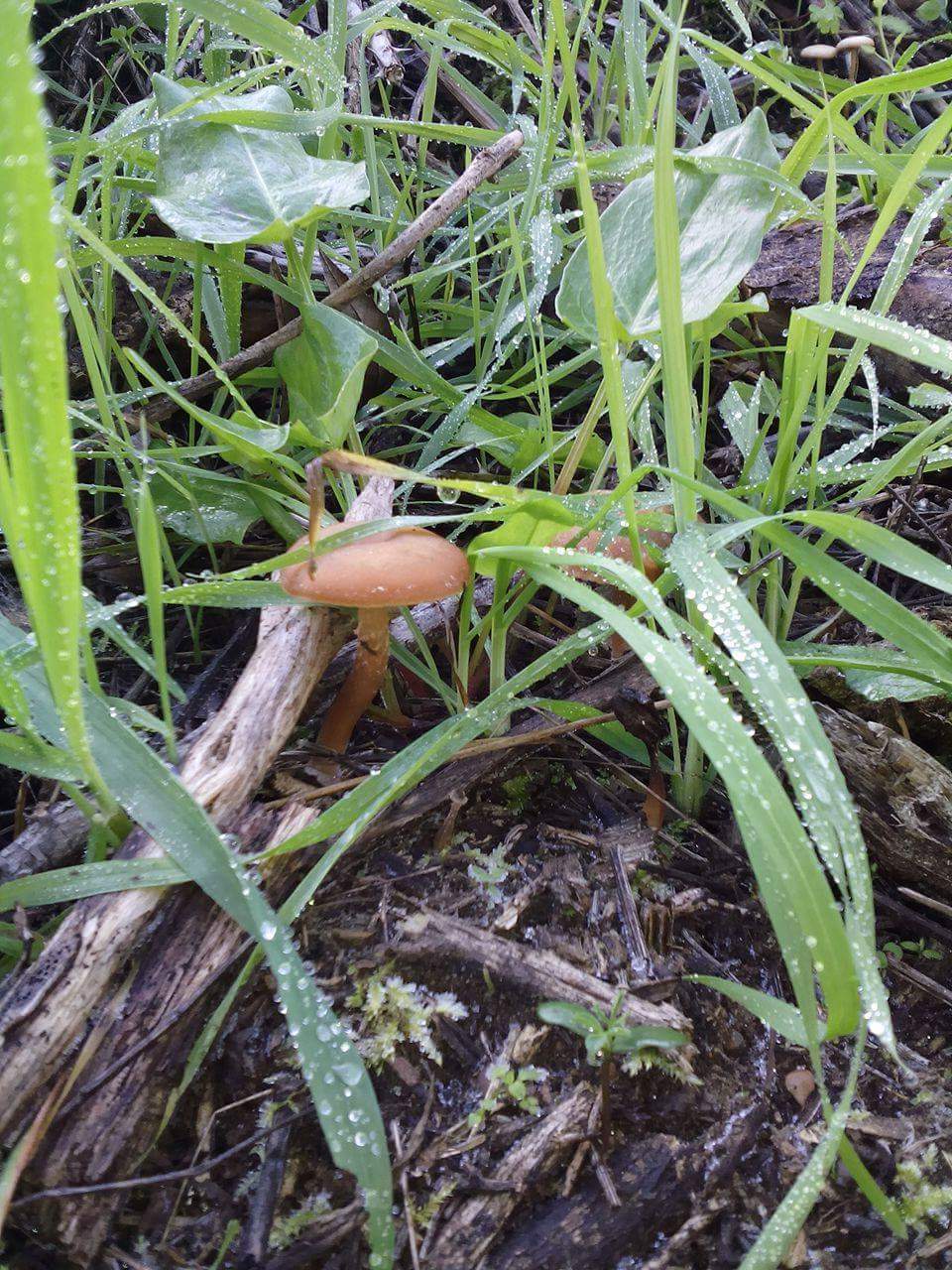 Agrocybe is a genus of mushrooms that contains some poisonous species. The genus has a widespread distribution, and contains about 100 species. The mushrooms in Agrocybe have brown spore prints and are small to medium-sized, saprobic species that grow in grass, wood chips, dung, garden mulch, or in woods either terrestrially, or from deadwood. They are not subject to rapid decay, and the caps, with a few exceptions, are dry. Agrocybe species have convex to flat caps. 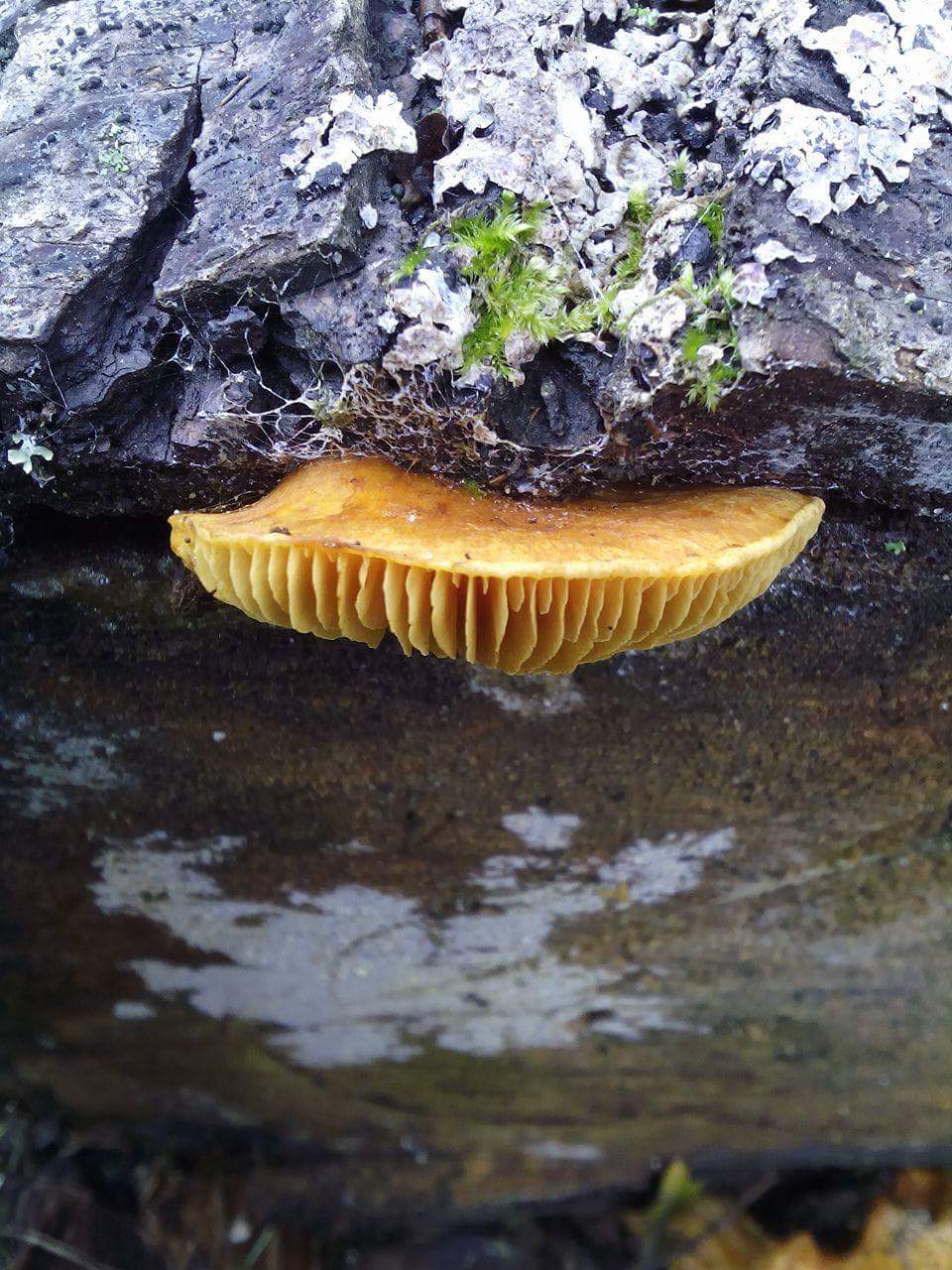 The Common Rustgill (Gymnopilus penetrans) is inedible and may be poisonous. Several species in the genus Gymnopilus are known to be seriously poisonous, and there is evidence that rustgills from certain parts of the world contain  hallucinogenic substances such as psilocybin. Gymnopilus penetrans is found in many parts of the world: mainland Europe (from Scandinavia down to the Mediterranean region), North Africa, and many parts of North America. 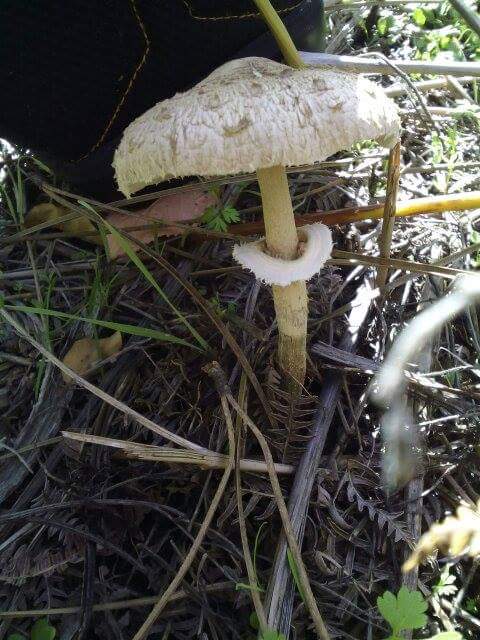 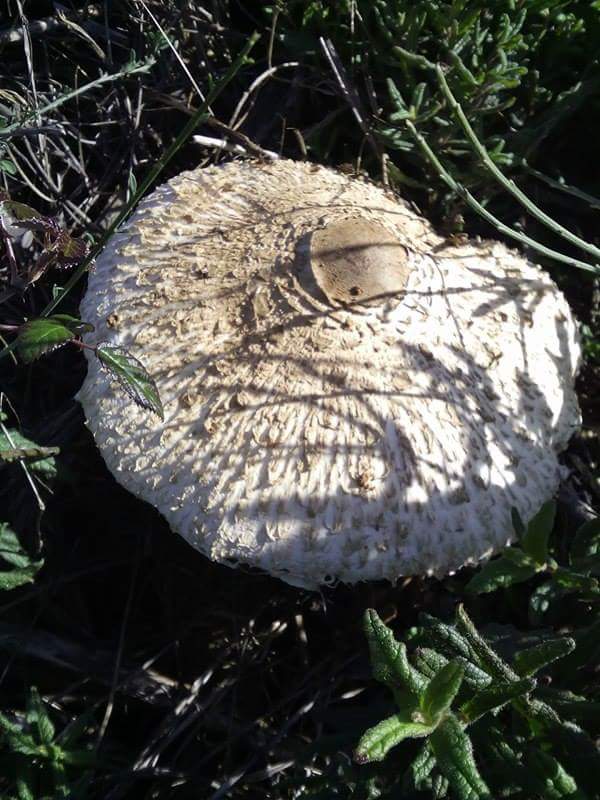 Macrolepiota procera, the Parasol Mushroom, is a choice edible species found on roadside verges, in neglected pastureland and on grassy seaside cliffs in summer and autumn. This specues has a large, prominent fruiting body resembling a parasol. It is a fairly common species on well-drained soils. It is found solitary or in groups and fairy rings in pastures and occasionally in woodland. Globally, it is widespread in temperate regions, in particolar, Parasols are common in most parts of mainland Europe and in the USA. This species occurs also in southern Britain and Ireland, and it is less common in northern England and Scotland except for sheltered coastal locations. 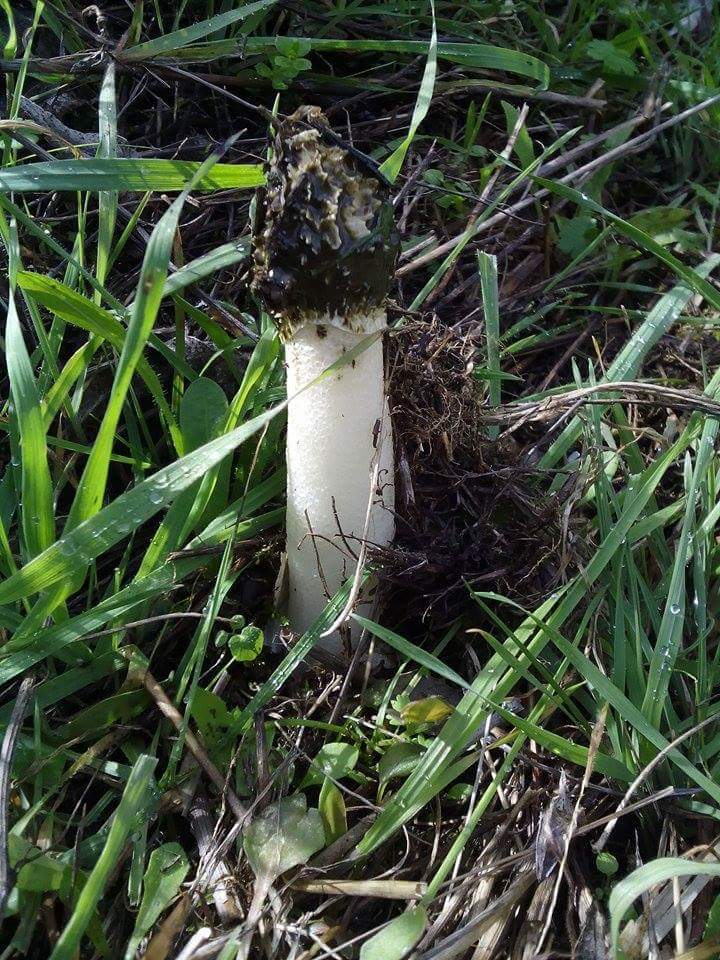 Phallus impudicus, known colloquially as the common stinkhorn, is a widespread fungus recognizable for its foul odor and its phallic shape. Some Victorians, including Charles Darwin’s granddaughter Etty Darwin, were so disgusted or so embarrassed at the form of these phallic fungi that they attacked them with cudgels at dawn rather than allowing them to fruit and spread their spores. The Stinkhorn emerges from an underground ‘egg’. The cap is initially covered with a smelly olive-green ‘gleba’ that attracts insects; they then distribute spores via their feet. Stinkhorns are saprobic and generally gregarious. Very common throughout Britain and Ireland, Phallus impudicus also occurs in most parts of mainland Europe from Scandinavia to the southernmost parts of the Iberian Peninsula and the shores of the Mediterranean. This species is also found in many western parts of North America. The vile smell of a mature Stinkhorn might be taken to suggest that these fungi are toxic or at least inedible; however, some people do eat them, but only at the ‘egg’ stage when the odour is not so evident. 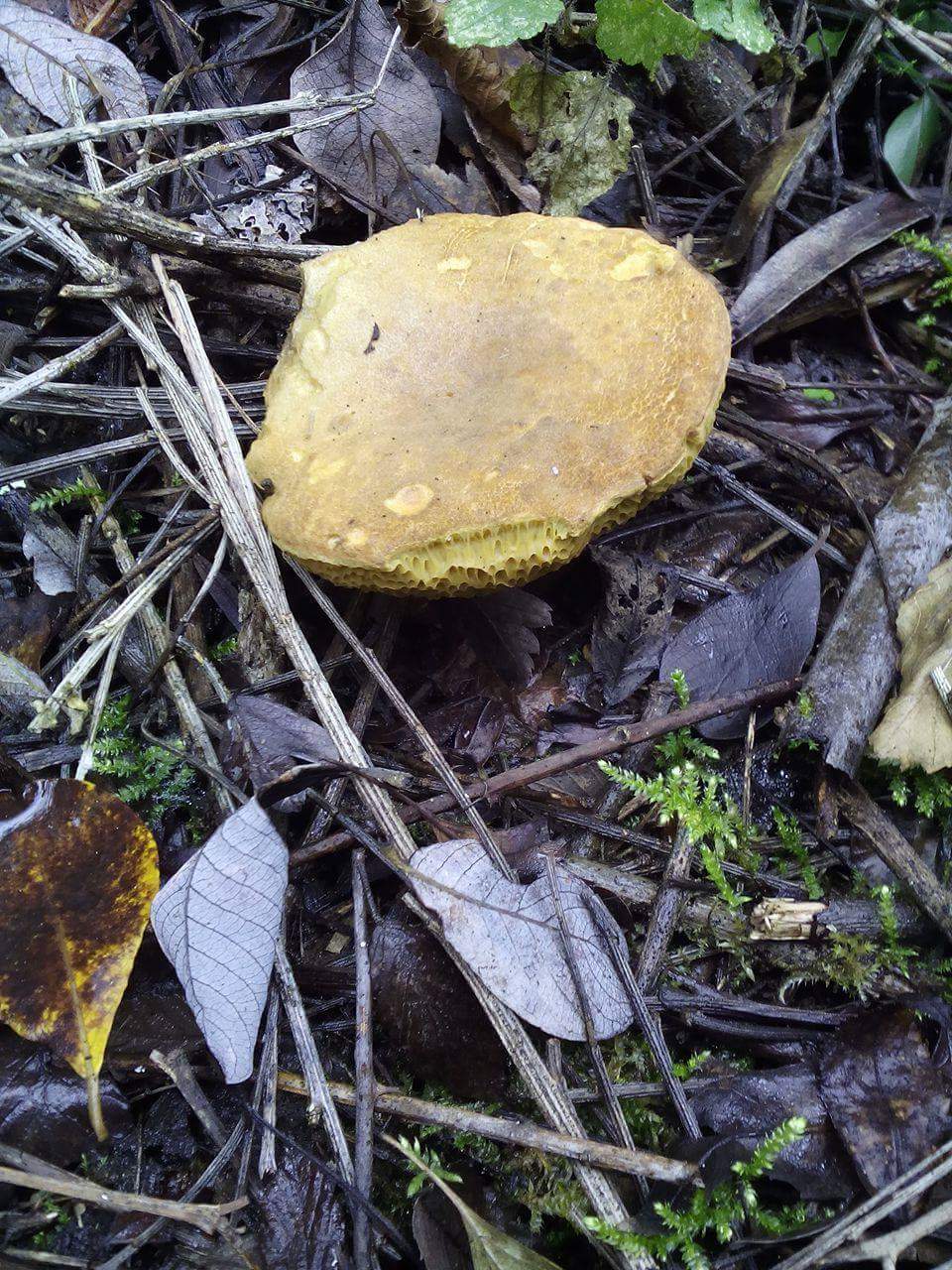 Xerocomus subtomentosus is an edible mushroom, though not as highly regarded as other bolete mushrooms. Boletus subtomentosus is sometimes referred to as the Yellow Cracking Bolete (although the cap does not always crack). An infrequent species, the Suede Bolete is found mainly under broad-leaf trees, but it does occur also on the edges of conifer plantations where birch and willow grow Because it lacks strong features, this is a tricky bolete to identify with confidence, but a simple chemical test helps eliminate many options: the cap turns bright mahogany red if you put a spot of KOH (household ammonia is fine) onto it. This bolete occurs in most parts of mainland Europe as well as in Asia and North America, it is also reported from Australia.

There are several reasons to know mushrooms and other fungi. I am fascinated by their biology and the way they interact with other organisms. Some decay logs, others are the partners of living trees (mycorrhizae). Some mushrooms form fairy rings that may be huge and hundreds of years old. Others are an important food for squirrels, mice, deer and other animals. They can live almost anywhere. Their fruiting bodies develop in a huge array of forms and colors, many quite beautiful.

I enjoy observing and taking pictures mushrooms because it gives me a chance to walk in the woods and enjoy this rich habitat. I test my skills of observation and my personal knowledge, and also have the pleasure of observing the life in the forest around me. Like any treasure hunt, finding mushrooms is a combination of knowledge and luck. Some people collect and identify mushrooms for the pleasure of studying them, and most people hunt for edible mushrooms. Many are good to eat and some are especially delicious but, no beginner should eat any mushroom that has not been identified with the help of a local expert.

I’m grateful to Gianrico Vasquez and Fabrizio Meli for identification of mushrooms.