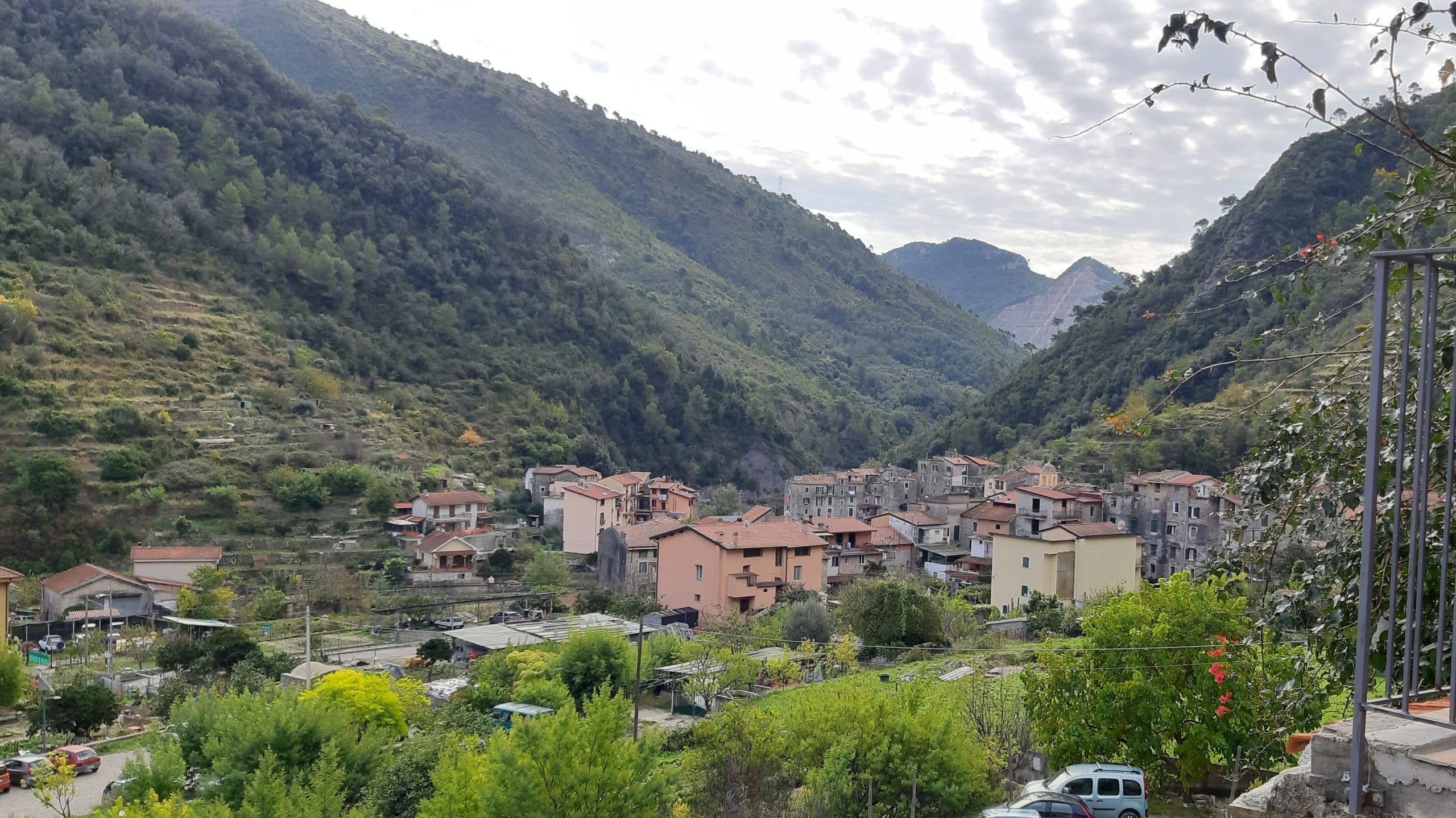 From 13th to 20th of October two of our young residents (Kristina and João) participated in an Eramus+ Training entitled “Young Leaders for Sustainability” organized by Yes to Sustainability project. It happened in Torri Superiori, an ecovillage in the northwest of Italy.
In the training themes like facilitation, group dynamics, social rank, leadership, communication and conflict management were adressed.

The training was organized by Yes to Sustainability, an international project that aims to bring together young people from different regions of Europe by organizing Erasmus+ projects in ecovillages and sustainable farms and it was held in the medieval village of Torri Superiore, a small ecovillage of popular architecture located at the foothill of the Ligurian Alps, a few kilometres from the Mediterranean Sea and the French border, close to the coastal town of Ventimiglia. Originating in the thirteen century, the village has more than 160 rooms, all connected by an intricate network of stairways and small streets.

In the first days of the training we had an introduction to group facilitation and we explored ourselves in relation to the group and different leadership styles. We have been introduced to different tools to work with groups of young people. After having had these theoretical lessons we got to put our new skills into practice during sessions of groupwork, where the goal was to facilitate a workshop ourselves. The participants had many fun and interesting inputs on what to facilitate a workshop on and how to structure it.
We split in five groups, and each group choosed their own topics of the workshops, which ended up being: ‘The Journey from Fear to Love’, ‘Finding your Personal Gift’, ‘Shadow Work’, ‘Menstruation’ and ‘Lunch’. These topics were prepared as workshops for sharing knowledge and experience from one participant to the other. During one and a half day of groupwork, the workshops were discussed, prepared and refined, so that we were able to hold space for each other.

One of the main components of the training was how to handle conflict and communicate in a group, but also with your peer people. Communication at the basis is about how we exchange information with each other. Our values and our personality are recognized through communication, which can happen through three channels: verbal, para-verbal and non-verbal. If there is a duality in any of these three, there will be a miscommunication.

A conflict arises when two components are gathered: disagreement and discomfort. Disagreement is when there are two opposing ideas that point in different directions and discomfort is when there is an unpleasant feeling. The disagreement comes from the mind and the discomfort is from the body, when there is a mix of these two conflict arises. As a facilitator it is important to be able to recognize and mediate in the face of conflict with an objective point of view. In this way a resolution of the conflict can be found when both parts are heard and understood. Conflict is part of human nature and a natural occurence in groups of people and they can help to strenghen the bonds between people.

This training course was made for current and aspirant youth workers to learn tools to work with young people in ecovillages and sustainable projects.. Participants from Italy, Spain, Denmark, Germany, Portugal, Slovenia, France, Finland, Sweden, Greece and the Netherlands came with the motivation to become young leaders and developing their leadership skills.

Here is what some of the participants wrote about their experience:

“A big part of the learning was as not only done in the formal training sessions, but also during lunch and at the jam after dinner. In this way we got to know each other and create new relations across Europe. I personally feel the courage and wonder of what we can do as a group. We have the common mindset that we want the change to happen through personal effort. If we all do a little in our place in the world, together we can change the world. I have learnt to step up in front of a crowd and tell the story I want to live. ” – Victoria Schou, Denmark

“For me the experience was very eye-opening. I found people with willpower and knowledge for solutions to the world crisis and ways to make them more possible. I found hope. Now I can connect with people who I know have made an effort to understand each other and themselves. People who are capable of facing conflicts and accepting our differences. It’s making us capable to work together.
We lived together for a whole week. It was special to share our backgrounds and experiences while using the tools we were gaining from the training.
I’ve learned a lot with leading and facilitating a group and I will definitely put these things into practice. I’m willing to learn more and go deeper into the art of leadership.” – Jasper Keus, Finland

“It was an extremely enriching experience from the technical and human side. I learned many tools and techniques to facilitate and lead a group of people. I had amazing, surprising and sometimes even confusing encounters. I understood the importance of being authentic, of communicating, of accepting differences and of responding better to conflicts. I also realized that to be happy you have to deploy your talents, but the rarest talent is deep listening. So let’s listen to each other, respect each other and work together to build Tomorrow. There is still time!” – Margot, France

“It was the first Eramus+ Training that I attended and it was such a beautiful experience to be in an historical ecovillage with a lush green valley and clear river waters surrounded by like minded people. The training was about leadership, a theme that interests me a lot, and during the week we had not only very insightful theoretical classes but also the opportunity to put the tools that we learned in practice by facilitating a session ourselves.
The group was very open minded, inclusive and caring which created a safe and special environment for everyone to express themselves. I managed to create fulfilling relationships while having time and space for myself.
Being around so many different life perspectives that challenged my values was quite hard and transformative, it made me rethink my way of life and grow a lot!
In general it was a very unique and memorable experience that I will keep in my heart.” – João Domingos, Portugal

“One of the things we were learning about in Torri Superiore was sociopermaculture. All the energy should circle and be used; none should go to waste. All the elements should be used in a way, to make the most out of them. And that’s exactly what happened this week. We were right where we needed to be and together we made something incredible. Thank you for the knowledge we got. Now let’s use it to change the world.” – Eva Zucchiati, Slovenia

“The other is in me, and sometimes the other is me. Maybe some vague sentence, but during my stay in Torri Superiore I gained more insights into my own shadow and triggers. I never quite undeerstood what it means that everyone is a mirror of myself, but after doing some reflection exercises I now am able to center myself more during conflict. And see that every conflict or resistance is a possibility for personal growth and development. The thing that is hurting, annoying or putting me to awe, are parts of myself that I have not fully yet acknowledged or integrated within myself. Next to this indepth realisation I will never forget the  The fishbowl method we did in the beginning of the training. This activity inspired me so much, by seeing that even if we differ so much on a certain topic, we were still able to create a safe space where everyone could be seen and heard. And together create a safe working and living environment. Together we can build mountains” – Bram Breuer, The Netherlands

Written by Victoria and João