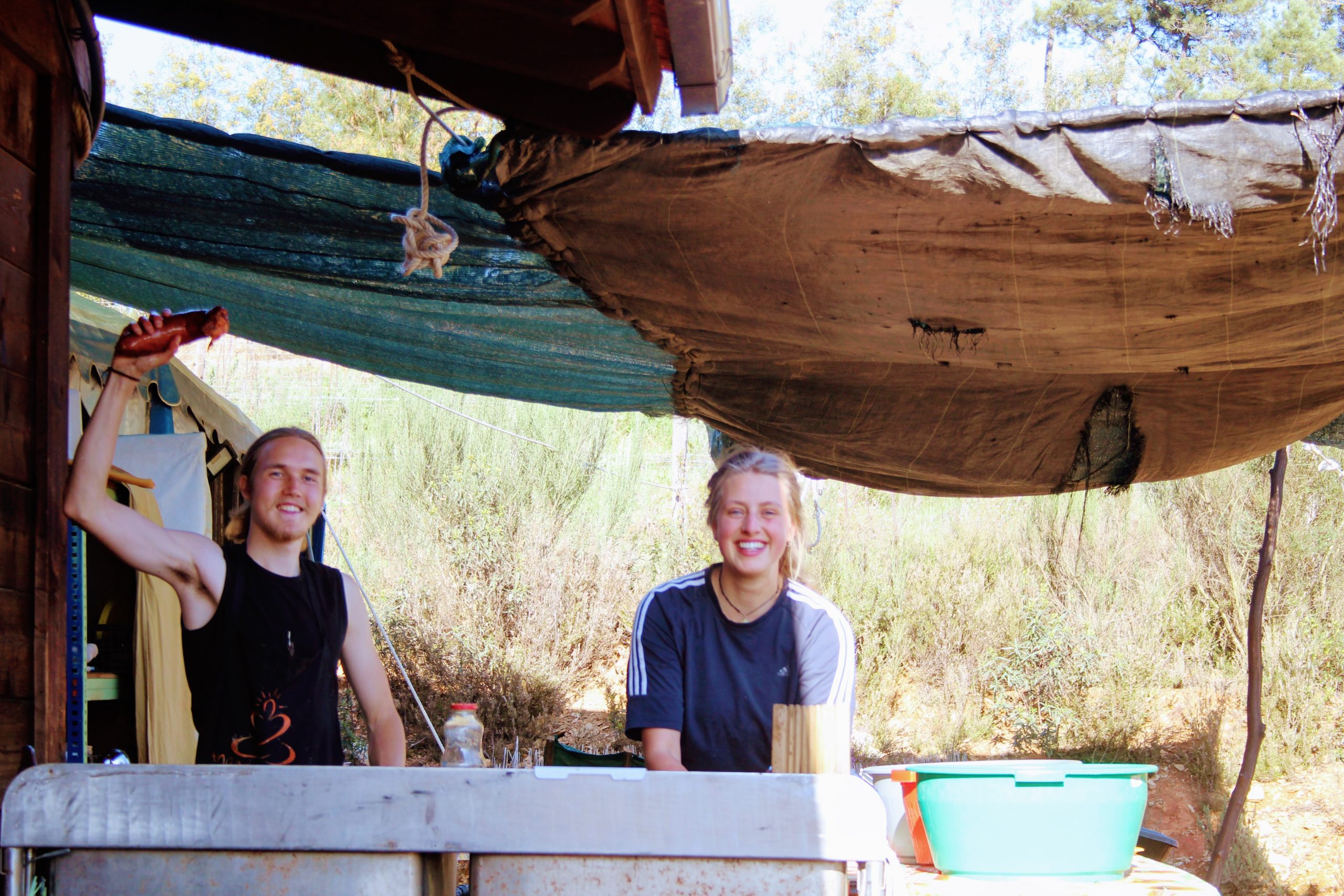 On an internal quest for evermore

During my ten-week stay with the beautiful surroundings and wonderful people that constitute Ananda Valley, I have learned to revalue productivity and to enjoy taking things slow. This development started with the necessary discomfort. While I started working in the kitchen team, I felt a constant urge to prove myself. I wanted to make sure I was doing things in a contributing and likeable fashion and I avoided making mistakes, as to make sure I would ‘earn’ a place in this fascinating community. The aim to be successful made me speedy and productive, yes, but it burned my fingers and exhausted me in the end. Besides, I know that to avoid making mistakes is a big mistake itself, as having fun in being wrong is a very valuable practise.

After a few days I gradually started to loosen the grip. The positive, socially relaxed and introspection-oriented atmosphere that characterises this place made me realise that I was only building unnecessary inner tension by the desire to be better. When I explained to someone, who I now consider a dear friend, that I hoped not only to take but also to give to the place, she smilingly replied: “Honey, sometimes just your presence is enough!” I was so touched by her calm kindness that I spontaneously started to believe her. Thereafter, I tried to prioritise my own wants, needs and judgements, and found out that they can actually be compatible with the flow of the group around me. I have never before felt so appreciated and loved by people I just met, even though I have also never before tried so little to please them.

But why is this so special? Being okay with taking care of yourself sounds like basic wisdom, but is hard nevertheless. Why did I have this restless feeling of needing to be more? In Ananda Valley, I had the time and support to reflect on both the personal and societal origins of this tendency. The first part was facilitated by the healthy diet, being outside, spiritual practices and sense of family that made me flourish in this place, the latter by the interesting observations and conversations connected to the main reason of my stay: researching alternative human-nature relations for a bachelor thesis in cultural anthropology.

Cultural anthropology. An officially neutral, but often left-oriented branch of academia that has helped me to construct a certain outlook on life. And although I adore its participatory way of doing research, I cannot say it has made me much happier. What I have developed during my years in university is a growing sense of… hopelessness. A hopelessness which is easily blamed on the global spread of capitalism, for due to its exploitative, money-focused character, human beings are destroying their natural environment, forget how to construct fair socio-economic policies, chose appearances over quality, lose initiative for genuine human interaction, etc. The past decades brought about a tremendous amount of wealth (well, for the privileged some), but nevertheless resulted in frustrated individuals: our lives are lifted from the need for survival, but devoid of meaning and with an unmet want for more. And so, we consume, we buy, we drink, we look for external validation, as this is all much easier than to confront the depths we have insight. That’s the societal picture I have been painting so far – and living up to, apparently: as I realised in my first days here, I also have an internalised dissatisfaction which I try to solve with external achievements. Even though, when I think about it, my basic needs have long been met.

What I was expecting to find in Ananda Valley was a shared ambition to harmonise human beings with their natural surroundings, a vision that would counteract the objectivization of the earth (that Source of Evil of the global climate crisis). This I found, and I found more. Because instead of condemning human beings for their yearning to yield natural resources, like I feel trained to do, the spiritual philosophy of the community conveys that this “thirst for limitlessness” is permissible and simply innate to human beings. It is only that we need to find another place of fulfilment: instead of usurping the finite source that is our planet, we could try and focus on the infinite realm of consciousness that lies within. Because whereas material goods will always finish and thus inherently fall short, the sensations of the human body, mind and soul are inexhaustible. Or so Ananda Valley preaches.

Just like that: cured from a poisonous anti-world depression. I find great comfort in the idea that the development of humanity, with this unstoppable desire for more, is not on an entirely evil track. We just need a push from the material to the immaterial search for happiness. And of course, this does not excuse us from the work that has yet to be done. There is a world full of wonderous experiences to be saved. But at least, due to the open-minded, courageous, and collaborative example that Ananda Valley has set, I feel that there is a sincere difference to make: a difference made not from finger-pointing criticism, but from introspection and loving action.